Tess produced a photo story in collaboration with a fellow student journalist on Mary Lindsey Edwards, a teenager from Goldsboro, NC, coping with chronic Lyme disease. 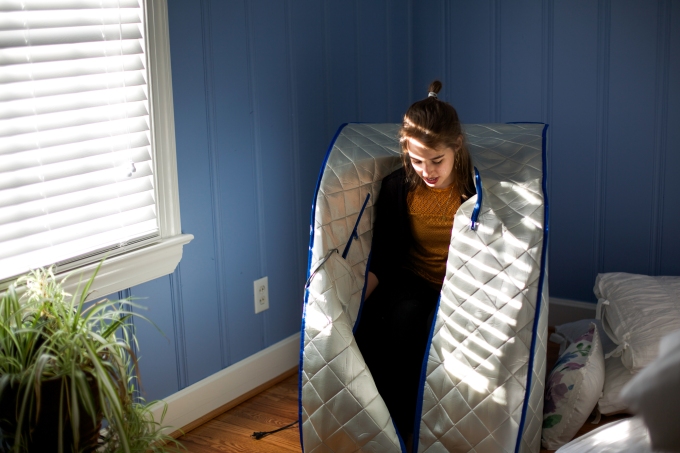 Mary Lindsey Edwards, 19, suffers from chronic Lyme disease—a disease that goes largely unrecognized by much of the medical community. “They think that I’ve probably been sick since I was young with the amount of infection that was there,” Edwards said. But it wasn’t until her life began to spiral out of control in 2015 that she would seek help. She saw orthopedic doctors, chiropractors, physical therapists, general physicians and neurologists, but no one could give her an answer. “Doctors were like, ‘Oh, there’s nothing wrong with you,’” Edwards said.

Lyme disease is an infection primarily transmitted by ticks caused by a spirochete—a corkscrew-shaped bacterium—that can affect all organs in the body including the brain and nervous system, muscles, joints and the heart. Patients with Lyme are often misdiagnosed because there is no official test for it and, because of this, its existence is controversial.

Following her official diagnosis with chronic Lyme disease, Edwards sought treatment in Washington, D.C. but her symptoms only got worse. She ended up bound to a wheelchair, unable to speak. She and her family then sought help from the Sponaugle Wellness Institute in Oldsmar, Flo., as a last resort where she received 6 months of treatment. “I didn’t realize that it was going to be that hard to treat,” Edwards said. 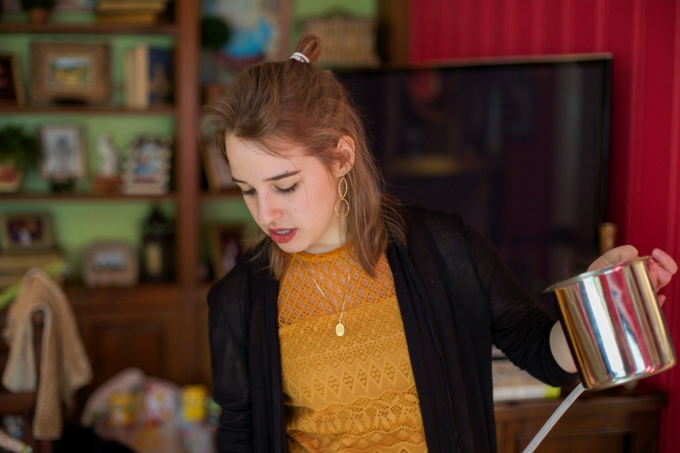 The Sponaugle Wellness Institute changed Edwards’ life, she said. But maintaining her health since her return has been a hassle. The treatment for chronic Lyme disease causes a release of toxins, which have to be constantly removed from the body. In order to do so, she has to frequently undergo a number of at-home treatments, such as enemas and sauna treatments.

Not only does she have to carefully monitor what she eats, but Edwards also takes a number of supplements throughout each day to try to keep her body and immune system in check.

In addition to being diagnosed with chronic Lyme disease, Edwards was also told she had a mold-induced illness and a gene which makes her predisposed to both Lyme disease and mold toxicity. Today, Edwards has to be careful about going into buildings that may contain mold—a feat more difficult than one would think—and when she is out in public, she often has to wear a filtering mask.

Before getting severely sick and eventually losing her ability to walk, Edwards was highly active and enjoyed sailing and dancing. She would spend up to twenty hours a week dancing at her local dance studio. After treatment, though, Edwards is now able to dance again.

Edwards is currently living at home in Goldsboro, North Carolina, with her parents, older sister and newborn nephew. She is taking private dance lessons and classes at Wayne Community College where she hopes to obtain her associate’s degree before transferring to a 4-year college. While life is still far from easy or normal, Edwards is finally hopeful for her future again.

An American Eating Her Way Through Copenhagen

One Girl and a Suitcase

I'm just a girl in her twenties saying yes to new adventures.